In 2009 I left my abusive husband after he went off for a weekend of hunting. After I settled in my new apartment and the weeks passed, every now and then I would feel overwhelmed with what the future held.

So while I held my 2yo in my arms, we would gently dance around the living room to this song. My son would giggle as I bounced and dipped his tiny baby body, and it would help remind me that I did the right thing – no matter what my toxic parents said – I saved both my son and myself from a life of abuse.

This is the song I would play for my son. So when times are stressed and I get a little worried, I still play this song.

Whether you’re female or male, remember you are not alone. Find your own theme song and hold it tight. 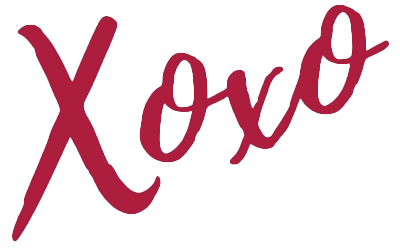 Check out the new music additions…

Top right, under “My Recommendations”…

When I browse WordPress, I see a lot of us struggling with negative influences in our lives. It’s so difficult to think positively when we’re continuously barraged with b.s. from all angles. I used to think that things would work out like in the movies, but life isn’t the cinema, and if we don’t speak up with open minds, there’s a good chance things won’t work out like we want them to. Don’t go into a conversation like a bull, but you also can’t assume everyone is getting the message that’s in our head. You’d be surprised how many ways our statements can be translated by someone who’s living a different life.

I have an idea: Post in the comments one time when you said what you wanted to say and things worked out better than if you had said nothing! 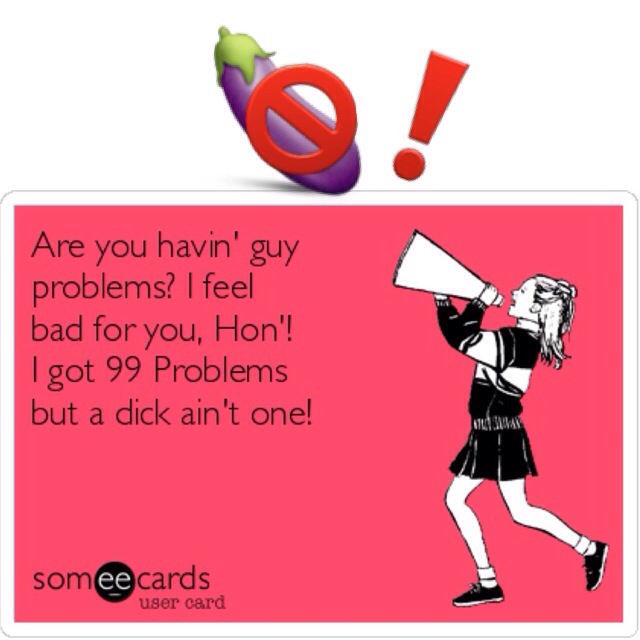 No idea what I’m talkin’ about do ya’? Then you don’t know Jay-Z. 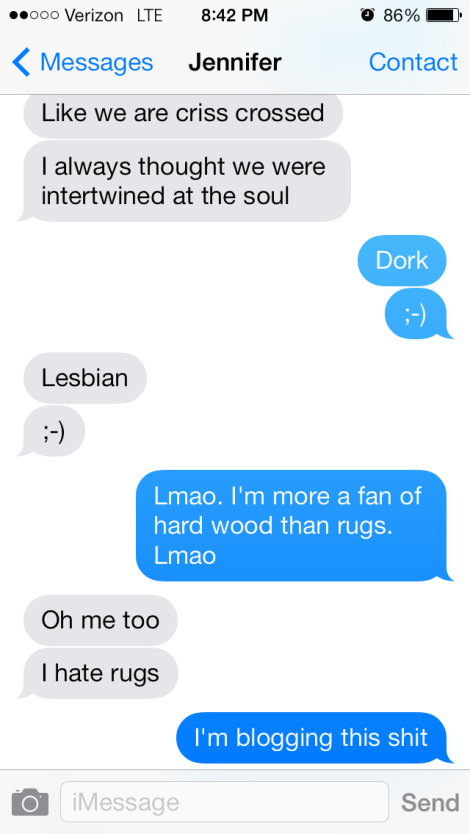 One of my friends that I’ve mentioned on this blog is Jen. We met during the commute to work and have both reached a conclusion that theres some deep sh!t going on with our parallel lives. Same alkie-type ex-husbands, same dating situations and we even look like each other. No, we’re not lesbians. (Love to my lesbian friends, sorry girls. Anyway…)

Jen talked me into trying meditation as a way of manifesting positive blah blah blah in my life. So far I’m just picking up psychic waves. This happens every time i start meditating – just ask The Funtasian – she and I also had some pretty sick moments of psychic weirdness back in the ’90s. I see things, have conversations with dead people in dreams, predict future events and conversations… When I was young I thought i killed my cat because I had non-stop, intense thoughts of my cat’s death – until he got hit by a car.

If I was bored in class I’d predict conversations or who would be walking into the room next. I also predicted just about every relationship before it happened – even if I hadn’t met the guy yet… But I can’t win the lottery.

Today I was in the pharmacy looking for clarifying shampoo and contemplating my sh!tty dating luck when a song from the ’80s played on the loudspeaker. “Here I goooooooo… One more tiiiiiiiiime… Byyyyyy myseeeeelf.” I walked around the store, allowing myself to laugh like a rabid hyena, singing my own words in my best Ethel Merman voice, “This song blooooooowwwws… I’ll be fiiiiiiiiiiiiine…. byyyyyyy myselllllffff!!!!…”

Jen’s also dealing with the same musical madness because apparently the universe isn’t satisfied with torturing only one of us with pathetic romantic ironies and culturally dead songs over loudspeakers while we’re not buying condoms for the sex we’re not having with the men we no longer have. 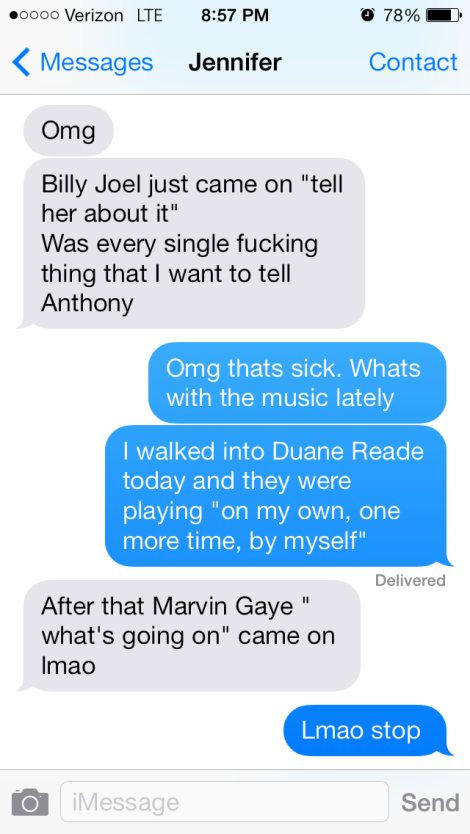 A few weeks ago, as I hung out with my photo partners, I continuously had mental images of weddings – specifically, a woman’s hand surrounded by wedding celebration. My one partner then told me about two weeks after these premonitions started that his sister just got engaged and he’d be heading out of the country for her wedding.

On the subway today, two women sat down next to me, and all I “saw” were apples. They obviously weren’t really there: Imagine huge sheets of clear plastic wrap with apple designs hanging in front of the two women – that’s what it was like in my head. Huge, red apples. Then an image of a young woman – a daughter type – took over the mental apple imagery. Apples. Young woman. Apples. Daughter. Apples… “Excuse me,” I asked the two ladies. “Would the two of you happen to be involved with apples?” I asked, like a psychotic whack job. I knew I’d probably never see these two again, so who cares if I ask, right? The woman directly next to me said, “Oh I love apple picking. I go all the time.”

I stared at her and choked out,

“Do either of you have a daughter?”

I felt like a complete ass for asking a second pointless, out-of-the-blue question, but I put it out there. What the hell.

“I do,” said apple lover lady.

Jen suggested I read another book about manifesting positive blah blah blah in my life, and part of the book says I should ask the universe for a sign – just to test the connection between me and whatever manifesting-power exists (like God). So last night after my commute and while driving to the grocery store, I said allowed, “Please give me a sign as to if I should continue talking to _insert name of guy I just broke from here_ by 8am tomorrow morning.” I felt dorky doing this, but also very curious as to how this was going to play out.

“Well, Universe,” I thought, “you have till 8am tomorrow morning.” I entered the grocery store and grabbed a basket, walked down the nearest isle and headed to the meats before I realized the song that started playing very loudly over the speakers…

“(Goodbye My) Almost Lover” by A Fine Frenzy.