My ex drunk-dialed me after a company party a few weeks ago. We all get that way at least once in a lifetime, especially when we’re currently trying to survive a toxic relationship. From the little I now know of him, I can only assume he’s still treading water in a sinking relationship.

When I was with my ex-husband (and nearing the end of my marriage) I occassionally Googled old male friends and exboyfriends. It’s because I missed the good times. I missed feeling loved.

I have no doubt my recent ex missed me for those reasons as well. And I couldn’t fault him for that. Unfortunately, he still wasn’t capable of simply saying it. “Hey, someone mentioned you and it made me nostolgic. Hope all is well,” would have been more understandable — and even more acceptable — than the immature reasoning he attempted. As if He viewed me still as simple-brained as the wife he returned to. And when as kind as I’d been to him despite what had transpired, he still couldn’t being himself to have a mature “conversation” with me. He tried. I’ll give him that. But he’s got years of work ahead of him. And if he never removes himself from his current, toxic relationship, he’ll never have a mature, loving relationship — or conversation.

This time when my ex drunk-texted me, I wanted to thank him. It made me realize how I’ve grown, and it showed me how the man I’m currently dating is mature and wildly more valuable to me than I ever thought he’d be. Thanks, ex. 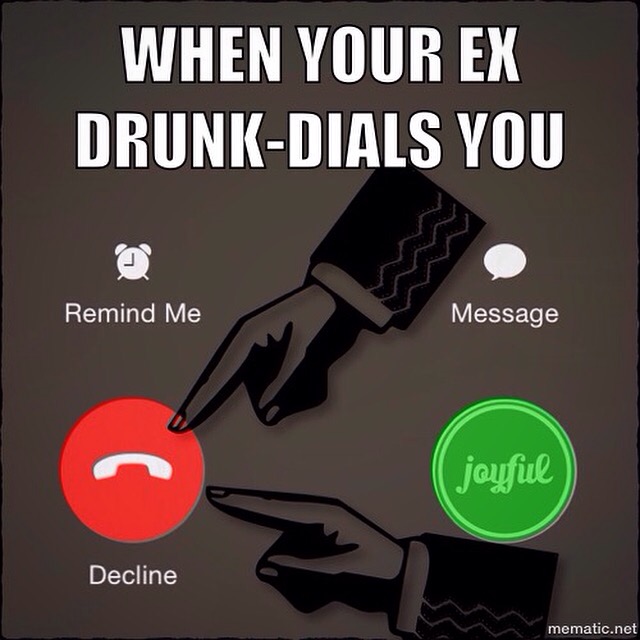