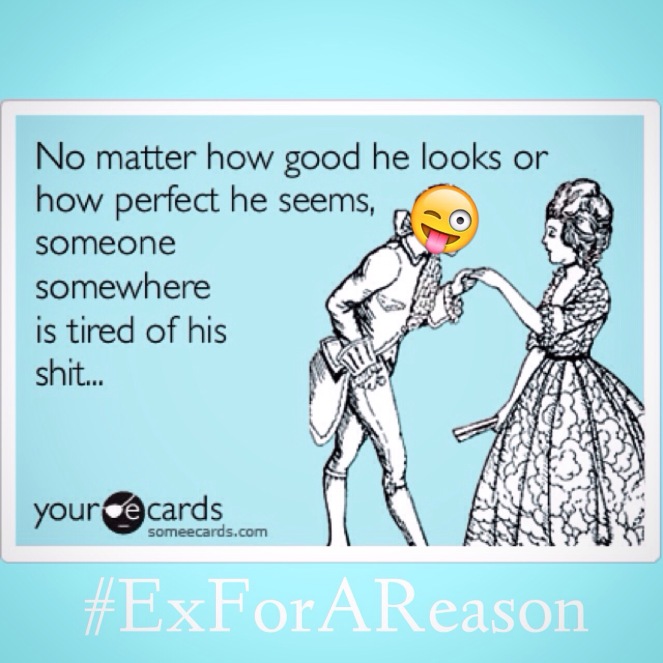 I have an ex who I constantly “feel for,” meaning — I feel bad that he’s “trapped” in a toxic marriage. But he chose that path. He made his decision. He could leave like all the other great dads that I know, but he doesn’t. He chooses to stay. And because of his choice, he’ll not only be stuck with someone who cheated on him, but he’ll be stuck with someone who makes his life — according to him — a living hell. Their relationship is one of the most toxic I’ve ever witnessed, and yet he doesn’t leave. That’s weakness.

If you find yourself starting to fall for the same jerk repeatedly, remember that someone, somewhere is dealing with his true colors. And if he ever breaks with her and gets with you, chances are he’ll most likely treat you the same way.