This just in, kids! My favorite Instagram post based on Jay Z’s “99 Problems” and jammed into the ever-awesome SomeECard created by yours truly.

A few years ago my screamin’-white boyfriend, who happened to love Jay Z, pumped up the music in his BMW and sang while whipping his head around in a typical questionable-sexual-orientation kind of way. The only thing I can say about this eyebrow-raising scenario is that the song was a great choice – even if he had no idea what it meant. During another argument over the phone he snapped, “Remember that song? I got 99 Problems but a bitch ain’t one.” Uhm… Okay. Thanks?

It’s been over a year since I’ve blocked him on just about every meaningful social network and I must say, this SomeECard-inspired Instagram post is still my fav. I expect to have some ups and downs in 2014, but that dick won’t be one! Whapang! 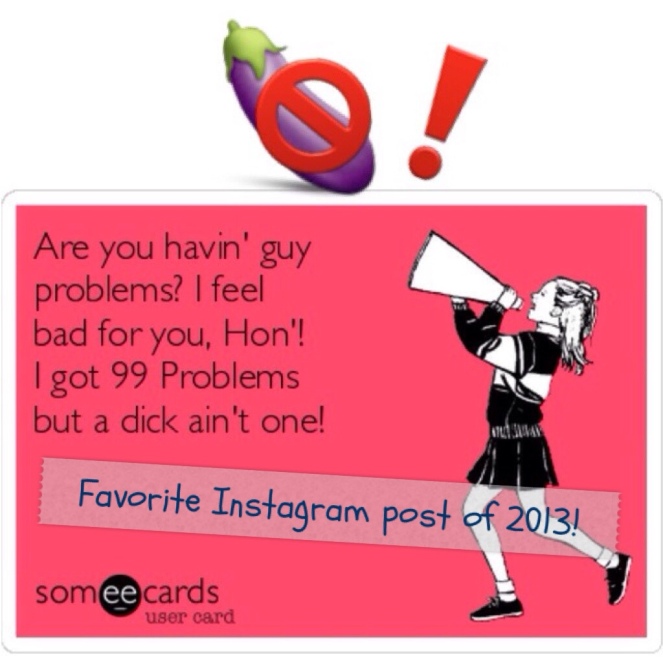